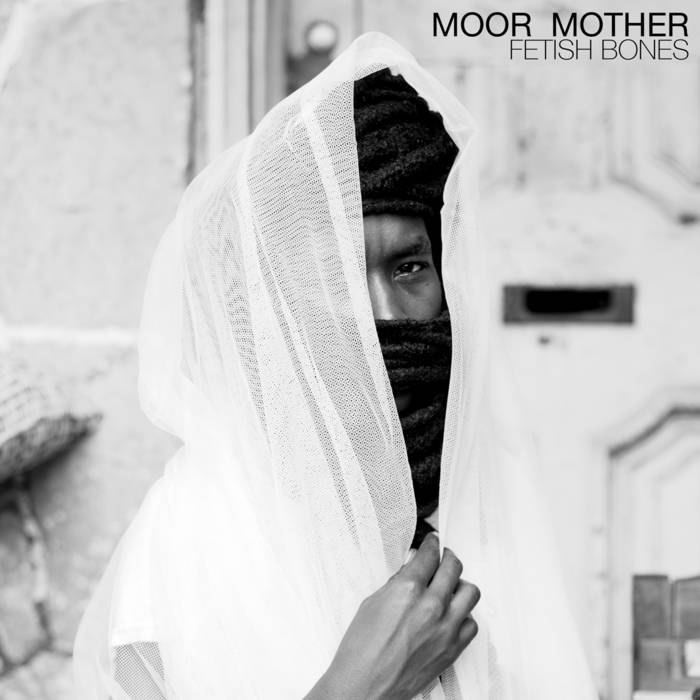 Jo Jordan This is quickly becoming one of my favorite records. Possibly the most politically hard hitting, spiritual, creative (and, at times, catchy!) extreme music release in a minute. Melding both ambient and harsh noise at its finest, this is industrial hip-hop with message. You should totally support this artist; she's come into her own with this one. Every track is perfectly placed, and has power... Favorite track: KBGK.

Lewis Armstrong Listening to this album feels like stepping into a wormhole that opens up a timeline into the past, present and future. Favorite track: Tell Me About It.

IJ Davila This record is the most arresting, caustic and straight up lyrically poetic and beautiful. Experimental? Hip-Hop?, Noise?, Political punk? No genre has yet to be developed for this record.. One of the best I've heard all year. Politically charged poetry like “Deadbeat Protest” serves as short, politically charged poetry, making it my favorite cut. Just incredible. Favorite track: Deadbeat Protest.

Nic Brown There was a time, just over 35 years ago, when power electronics were just a glint in the manic eye of Whitehouse founder William Bennett. Looking for a way to weaponise music he began tinkering with synthesisers, in his words to develop a sound "that could bludgeon an audience into submission". His two man 'band' took their vision on the road, had venue doors surreptitiously locked and played their hate-fuelled atonal racket at such eardrum-rupturing volume, the police were often called to stop the panic-stricken audience from smashing down the walls down in an attempt to escape. Fast forward to 2015 and Dominic Fernow's Prurient project releases a critically lauded 90+ minute masterpiece entitled "Frozen Niagara Falls" which builds whole suites of terrifyingly beautiful music that temper the visceral scourge of power electronics with passages of celestial ambience, subtle beatwork, spoken word and various other apparently incompatible elements.During the intervening years, artists as diverse as Einsturzende Neubauten, SPK, Pharmakon and even Scott Walker have played footsie to a greater or lesser degree with power electronics and Moor Mother's latest offering "Fetish Bones" does so with such a rare degree of originality and flair, it's been on repeat for perhaps more than is good for me. It's also an object lesson in how a genre once considered as more an exercise in KLF-style jocular extremity became the backdrop for afrofuturist protest songs which Camae Aweya (aka Moor Mother) not unreasonably thought might get through to her listeners if accompanied by a chainsaws-down-a-blackboard at 130db mega-racket. It should be noted that, noise aside though, Aweya is an accomplished singer-songwriter and uses sonic violence as only one of several elements to get her message across. Her voice is a fragile thing that forces you to strain to catch her blunt and to the point lyricism, plus she's an adept a sound collagist as I've ever heard, layering field recordings one upon another in the same way Dadaist artists Hannah Hoch and Kurt Schwitters did with clippings of newsprint. Intellectual, political and a huge fucking racket to boot. What's not to love?

MTH clppng and moor mother made this years greatest albums. cinematic approach to noise and hip hop, with the political weight and punch required by actual events.

Fetish Bones is the Don Giovanni Records debut of Philadelphia-based musician, artist, and activist, Camae, who performs under the name Moor Mother.

The album features 13 songs conceived and recorded in Camae’s home studio using a variety of machines, field recordings, and analog noisemakers. The music is often harsh and strange, projecting both the visceral anger of punk and the expansive improvisatory spirit of Sun Ra. It’s an album intended as a form of protest and also as form of time travel -- a collection of sounds that are events themselves, telling stories rich in history about the journey that brings us to today and the future we are creating. Fetish Bones is not an album meant to help you forget. It is made so that you will remember the injustices that we bear witness to and participate in.

Featuring Oakland sounds from the Smart Bomb collective and Samplelov.