by Moor Mother and Olof Melander 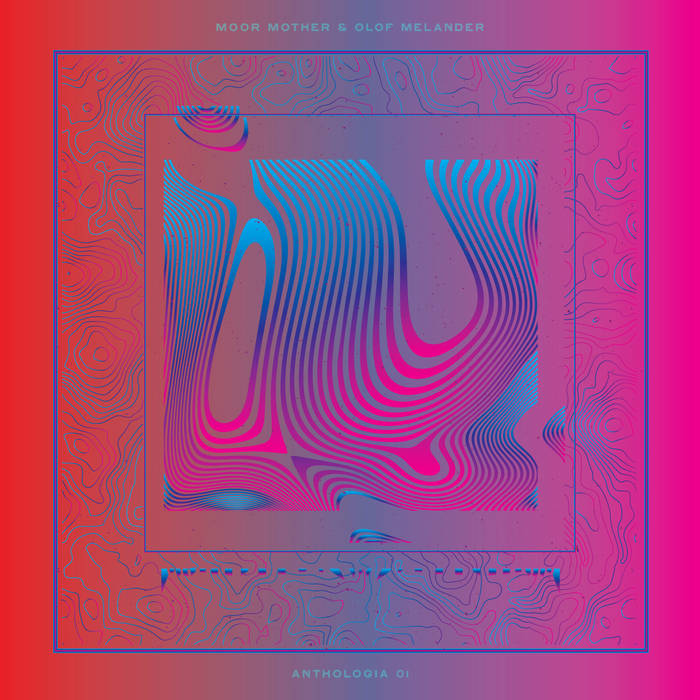 Jeremy Leaming "posion for over a decade," or something to that effect. dupont has long poisoned West Virginia. Lots of cancers delivered via creeks. Favorite track: BLACK DAHLIA.

sophiaderuvo Words cannot express how much this album means to be. Disability justice now and forever!

The Executioner from Turandot

Subject 1: Moor Mother-- cosmic goddess, myth conjuring wordswoman with the “psychedelic
flashlight” leading you on the “way to boogie”. Subject 2: Olof Melander-- energetic, wry sprite wrapped
up in sonic irreverence with access to wistful dreamlike aural sculptures at the tips of his fingers.
Warning: when celestial forces collide in chromatic swirl, they are dust strewn comets streaking through
galaxies, gathering up friends and collaborators, co-consipirators (Joy KMT, Elliot Levin, Vijay Iyer
among others) as if they were wayward asteroids only to come bursting through the cracks of the asphalt
and reemerging as stardust on the planet earth, to seep into some soul, to empower.
This duo makes mini-masterpieces, unearthing terrifying questions, lacing beautifully chaotic
soundscapes that transcend “beats”, turning their post-jazz thump into sneaky snippets to score a
revolution. Theirs is a marvelous soundtrack-- Moor Mother’s lo-fi cyborg raps and sultry poetry,
Melander’s charged production and rhythmic direction-- as entrancing as it is get up, get out, mellow out
and get down!
It’s a dire time for angelic metaphor though-- the Rona is out here bursting lungs, disproportionately
affecting poor people who lack resources and state-sanctioned empathy to combat the disease. At the
same time, covid is riding with the vile bear of systemic racism as it spews murderous hate, creating a
crisis-industrial complex where some of the dead get martyred and made murals, and others get forgotten,
their presence like pixelated ether and spirit dream, only their idea, their names not on your teargas
drench, make-shift cardboard signs. That’s why this limited tape-- and the collaborative series, released
by Don Giovanni, that it jump starts-- benefits the Futurist Fund, allocating monetary libations to the most
marginalized-- queer/trans Black folks and Black elders. In the midst of it all, covered in gasmask and
baton-beaten, Moor Mother and Melander are telling us, we are going to show you dreams, we are going
to show you vision, and we are going to show you now, ANTHOLOGIA.

Introducing a new digital & limited tape series raising funds for disability justice by Moor Mother & Olof Melander
I was interested in creating a project that could directly support individuals that needed support/medical equipment.

I reached out to collaborator and friend Olof Melander with the idea to create a music project that could generate funds to be available for those in need with a focus on disability justice. Centering black women, elder community members, and trans and queer community members with needs to medical equipment or supplies..


Don Giovanni has agreed to make 200 Cassette Tapes ( the pre order for those tapes will go up soon ) with all proceeds going to the Futurist Fund. The Digital Sales will first cover the cost spent on making which was $600 & then all money will go to the Futurist Fund started by the Afrofuturist Affair started in 2011. Our Goal for this tape is $700 for a motorized wheel chair anything over that will be split between those who need.

recorded during the week of march 14th - 89% percent freestyle poems stretching the sounds as we moved closer to a deadline. collecting pieces from friends and letting the sounds form themselves anew. just creating.


btw this aint trying to be no non profit bs its like you see someone in your community that needs help and you think what can I do and then do something. my love and respect to all of you. - mm

special thank you to all of our gracious featured artists

Bonobo stops by to talk about his new record Fragments